Share a memory
Obituary & Services
Tribute Wall
Read more about the life story of David and share your memory.

David M. Randall died peacefully in his home on November 17, 2022 surrounded by his wife and other family members after a courageous fight with COPD with sepsis pneumonia. Born November 29, 1942 in Southbend, Indiana to Celaine and Eunice (Zollinger) Randall. David spent most of his youth in Tipp City, OH, and Troy, graduating from Troy High School.

Soon after marrying his wife, Joan of 62 years, he became enamored with law enforcement and became the youngest to be sworn in for the Miami County Sherriff’s Department. Criminal Investigation was creating a serious interest while assisting in theft, shootings, domestic violence, etc. He attained certification from Sinclair Community College in Criminal Investigation and another certificate through BCI. He was the only officer for the Tipp City Police Department in 1970 to operate the Criminal Lab Van from BCI at the time. Interested in photography, he was the first to take pictures of accidents, theft, and other criminal acts for the Miami County Sherriff’s office.

Following in his father’s footsteps, he had much experience in the auto world in sales; buying, trading, and brokering with several large departments. David also had an entrepreneurial spirit and created three autobody shops in the local area, not just regular cars but race cars, toy peddle cars, and detailing classic antique cars. As time went on, he started another company, Randall’s Maintenance/ Construction & Property Management, receiving a 10-year certification award from BBB dated 1991-2001, and a BOCA international certification award in 2000.  The company continued thru 2007. Upon closing business, David became Project Supervisor for the Singer Co. of Dayton, OH.

Throughout the years from being a teen until he turned 50 years old, he played hockey- practiced with Troy Bruins at Hobart Arena with some travel games, assisted Pat Riyep (Dayton Gems) with youth hockey camp at Hobart Arena, and partnered with the owner of the Troy Sabres. He served as Commissioner of the Continental Hockey League Champs 1983-1984.

Preceded in death by his parents Celaine and Eunice Randall and sister Lynda Randall.

Survivors include wife Joan; daughters Lisa Randall of Troy, Jodi Crosby (Ken) of Englewood, OH, and Cheri Lavender (Steve) of Troy; son Todd Randall of Troy. Blessed with 13 grandchildren, 17 great-grandchildren, and 1 great-great-grandchild; sister Carol R. DeWolf (John) of West Chester, PA; brother Mark W. Randall (Cindy) of Troy. He was dearly loved and cherished by his wife and children and others. A graveside service will be held at 2 PM on Wednesday, December 7, 2022 at Casstown Cemetery in Casstown, OH. Arrangements entrusted to Fisher-Cheney Funeral Home, Troy.

To send flowers to the family or plant a tree in memory of David M. Randall, please visit our floral store. 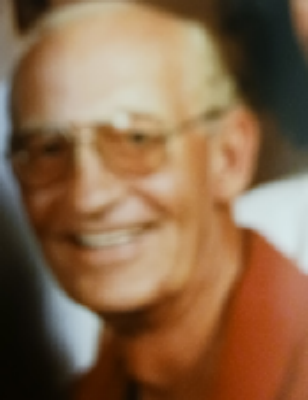