Share a memory
Obituary & Services
Tribute Wall
Read more about the life story of Barbara and share your memory.

Barbara Grafton Shepard, a historic preservationist who was the first board president of the Troy Hayner Cultural Center as well as the founder and director of the Museum of Troy History, died on December 4, 2022. She was 95 years old.

Barbara and her husband of 73 years, Byron Martin Shepard, lived in Troy, Ohio, since 1954, first on Penn Road, and since 1961 on Ridge Avenue. The couple had four children. Byron died just four days before Barbara, on November 30.

Barbara Louise Grafton was born on December 9, 1926, in Philadelphia, to Elvah Harley and Goldie Fisher Grafton. The family lived in large, historic homes near Philadelphia — in Cranbury, New Jersey, and Concordville, Pennsylvania — her father, a chemist with a Ph.D., and her mother an accomplished homemaker. Barbara often spoke of happy days growing up on working farms.

Barbara graduated from West Chester High School in West Chester, Pennsylvania, in 1944, where she was known for her spectacular soprano voice and roles in dramatic productions. The family moved to Secane, Pennsylvania, as she started her studies at the University of Pennsylvania in Philadelphia, one of the few women who majored in chemistry. She was active in theater and choral groups at Penn and was a member of the Kappa Alpha Theta sorority.

At a tea dance the sorority hosted for the midshipmen from the U.S. Naval Academy on campus for the Penn-Navy football game in 1947, she met Byron, who walked her to the trolley after the dance. He then sent her a telegram to invite her to another dance at the Academy in Annapolis, Maryland. She said it was love at first sight.

After graduating from Penn with her bachelor’s degree in 1948, Barbara worked as a chemist, continuing to travel by train to visit Byron, often for formal dances. They were married on June 4, 1949, at Tabernacle Lutheran Church in Philadelphia, with the reception following at her family’s Secane home.

The Shepards lived on naval bases, including Norfolk, Virginia, and Key West, Florida, and then Pensacola, Florida, where their first child, Jonathan Martin Shepard, was born in September of 1950. Byron served in the Navy for five years, mostly overseas during the Korean War.

After completing his tour with the Navy, the couple moved to Troy so Byron could join the family business, Shepard Grain Company. They bought their first home on Penn Road, where they were living when Jeffrey Grafton Shepard was born in 1954 and Mark Byron Shepard in 1956. They moved into the house on Ridge Avenue in 1961. Barbara often said she thought the house on Ridge Avenue, dating to 1857, was the prettiest in town, white with green shutters, on the top of a hill. Daughter Louisa Jane Shepard was born in 1962.

All four children graduated from Troy High School, like their father. Barbara was an active mother, a volunteer in the schools as a room parent, and leader of Cub Scout and Girl Scout troops. The Shepards were very involved parents, never missing a performance or sporting or social event involving their children. Barbara has said that those were her happiest days, when their children were growing up.

A  student of theater, music, art, and especially historic preservation, Barbara was a leader promoting arts and culture in the Troy community. She was a docent at the Overfield Tavern museum, dressing in period costume, and working the loom, especially for school groups, while her children were young.

Life changed dramatically with the tragic death of Jonathan on April 3, 1976, in an accident on a Navy aircraft carrier. He had joined Navy ROTC while at Miami University and went into the Navy after graduation, becoming a fighter pilot, earning his wings in 1974.

At that time Barbara was working with a group of friends to save the Mary Jane Hayner mansion, which served as the town library until a new library was built in 1976. She was a key member of the team to push for a successful tax levy to fund the effort. An expert on antique furniture and decorative arts, she was a leader in the management of the restoration and served as the first president of the board when the historic home became a cultural center, serving on the board until 1983.

The Troy Chamber of Commerce recognized her efforts with an award in 1978, and the Hayner Cultural Center in 2011 gave her a Principal Volunteer Award “in appreciation of the many hours of service and commitment.”

Barbara also was the main force behind the creation in 1985 of the Museum of Troy History, converting the John Kitchen House, dating to 1847, through a gift by the Civic League of Troy. She served as its director for more than 20 years. She filled the museum with historic treasures from the families in Troy and Miami County, including many antiques from her own home. She was the main person to hold events, create special exhibits, and manage tours. She also was very active in the Troy Historical Society, and served as president.

She also had a great interest in visual arts, and at one time pursued painting. Barbara volunteered as a docent at the Dayton Museum of Art for more than 25 years, starting in 1985, becoming an expert on the collection. She delighted in giving tours for school groups. Visiting great museums when she traveled was one of her greatest pleasures.

Devoted to music, she was also a leader in both the Troy Music Club and the Troy Musicians Club, which featured member performances, including her soprano solos. She also sang in the choir at the First Lutheran Church in Troy for more than 20 years, and then later joined the First Lutheran Church in Dayton. She loved to attend the symphony and other live musical and theatrical performances.

Barbara and Byron created a discussion group that included several couples to discuss world events through a program named Great Decisions. They hosted several international students in their home through the Rotary International Exchange program, as Byron was a leader in Rotary Club.

The family spent a lot of time at the Troy Country Club where they played golf, went to the pool, and socialized. Sunday brunch was a family weekly tradition.

In her later years, Barbara enjoyed reading books and pursuing another one of her greatest pleasures, watching classic movies. She had an encyclopedic knowledge of films, particularly those from the 1930s and 1940s, which she remembered seeing when they were first shown in movie theaters. She and Byron also delighted in visiting with their children and grandchildren. In their last years Barbara and Byron were together at StoryPoint in Troy.

Plans for a memorial service are pending. Arrangements entrusted to Fisher-Cheney Funeral Home, Troy. Online condolences may be left for the family at www.fishercheneyfuneralhome.com.

To send flowers to the family or plant a tree in memory of Barbara Grafton Shepard, please visit our floral store. 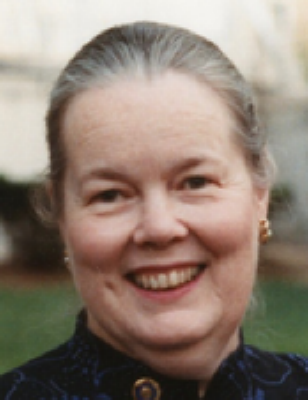 Family and friends are coming together online to create a special keepsake. Every memory left on the online obituary will be automatically included in the book.

You can still show your support by sending flowers directly to the family, or by planting a memorial tree in the memory of Barbara Grafton Shepard
SHARE OBITUARY
© 2023 Fisher-Cheney Funeral Home & Cremation Services. All Rights Reserved. Funeral Home website by CFS & TA | Terms of Use | Privacy Policy | Accessibility