Share a memory
Obituary & Services
Tribute Wall
Read more about the life story of Edward and share your memory.

Edward “Travis” Warren, age 68 of Troy, passed away peacefully on January 18, 2023 at home with his wife by his side after a short illness. He was born July 28, 1954 in Danville, KY to the late Edward Garrett Warren and Virginia (Pulliam) Warren.

Along with his parents, Travis was preceded in death by sister Cheryl Owens.

Those left to cherish Travis’s memory include his wife of 16 years Cyndee (Segraves) Warren; stepchildren: Chastity Sass (Zach) of Hilliard, Chelsea Lewis (Ben) of Plain City and Catrina “Cati” Daniel (Alex) of Columbus; grandchildren: Cayden, Zachariah, Logan, Connor, Branson, Harley, Cecilia, and Silas; sister June Victor (Don) of Georgia; brothers Ted Warren of Ohio and Bruce Warren of Maryland; along with numerous cousins, and many nieces and nephews who were dear to his heart: Mike (Tina), Darcy (David), Robert, Jenny, and Dan. He will also be missed greatly by his dogs Ripley and Cactus.

Travis was a member of First Light Baptist Church in Vandalia and knew his Bible front to back. He was a graduate of Northern Kentucky University and received his Masters Degree in Accounting from Miami University. He worked 29 years at Hobart in Troy and was presently employed with WinSupply in Kettering. Travis loved to cook and eat and cherished his frequent trips to the grocery. He adored his Kentucky Wildcats and was a collector of beer steins and various other memorabilia. He also enjoyed working in his yard, gardening, fishing, and loved birds. Travis was Treasurer of the Ohio Stars camping club, and he enjoyed traveling and camping with his wife and family.

Travis was a kind, devoted, outgoing, family man who was always willing to lend a hand to those in need. Always remember- “it is what it is”.

To send flowers to the family or plant a tree in memory of Edward Travis Warren, please visit our floral store. 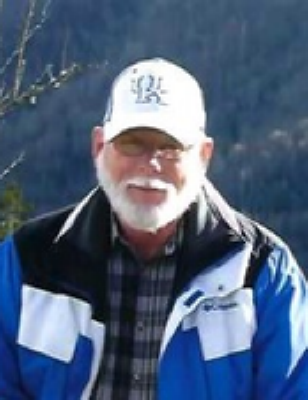