Share a memory
Obituary & Services
Tribute Wall
Read more about the life story of Scott and share your memory.

Scott William Lyman, age 71 of The Villages, FL and formerly of Troy, passed away Thursday, November 10, 2022 at the Hospice of Miami County inpatient facility, Troy. He was born September 25, 1951 in Piqua to the late William and Audrey (Ferree) Lyman.

Along with his parents, Scott was preceded in death by his son Zack Lyman on December 23, 2003.

Those left to cherish Scott’s memory include his wife Marilee (Griffin) Lyman, whom he married October 6, 1973; his brother Dean Lyman (Linda) of Piqua; nieces Shelly Reynolds and Betsy Lyman, and nephew Joel Lyman; as well as sister-in-law and brother-in-law Cindy and Richard Shepherd of Troy. Scott will also be dearly missed by his close friends and golf buddies in Florida.

Scott was a 1969 graduate of Piqua High School and trained with the National Guard for six years. He retired from BF Goodrich after 35 years as a machinist. Scott also played for three years with the Pittsburgh Pirates minor league baseball team. Most of all, he cherished his time spent on the golf courses in Florida.

A memorial service will be held 6:30PM Wednesday, November 16, 2022 at Fisher-Cheney Funeral Home, Troy with Pastor Rod Jones officiating. Visitation will be from 5:30PM-6:30PM at the funeral home. Memorial donations may be given to Hospice of Miami County: 3230 N County Rd 25A, Troy, OH 45373 or a charity of your choice.

To send flowers to the family or plant a tree in memory of Scott William Lyman, please visit our floral store. 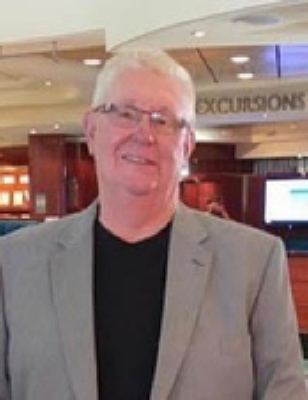